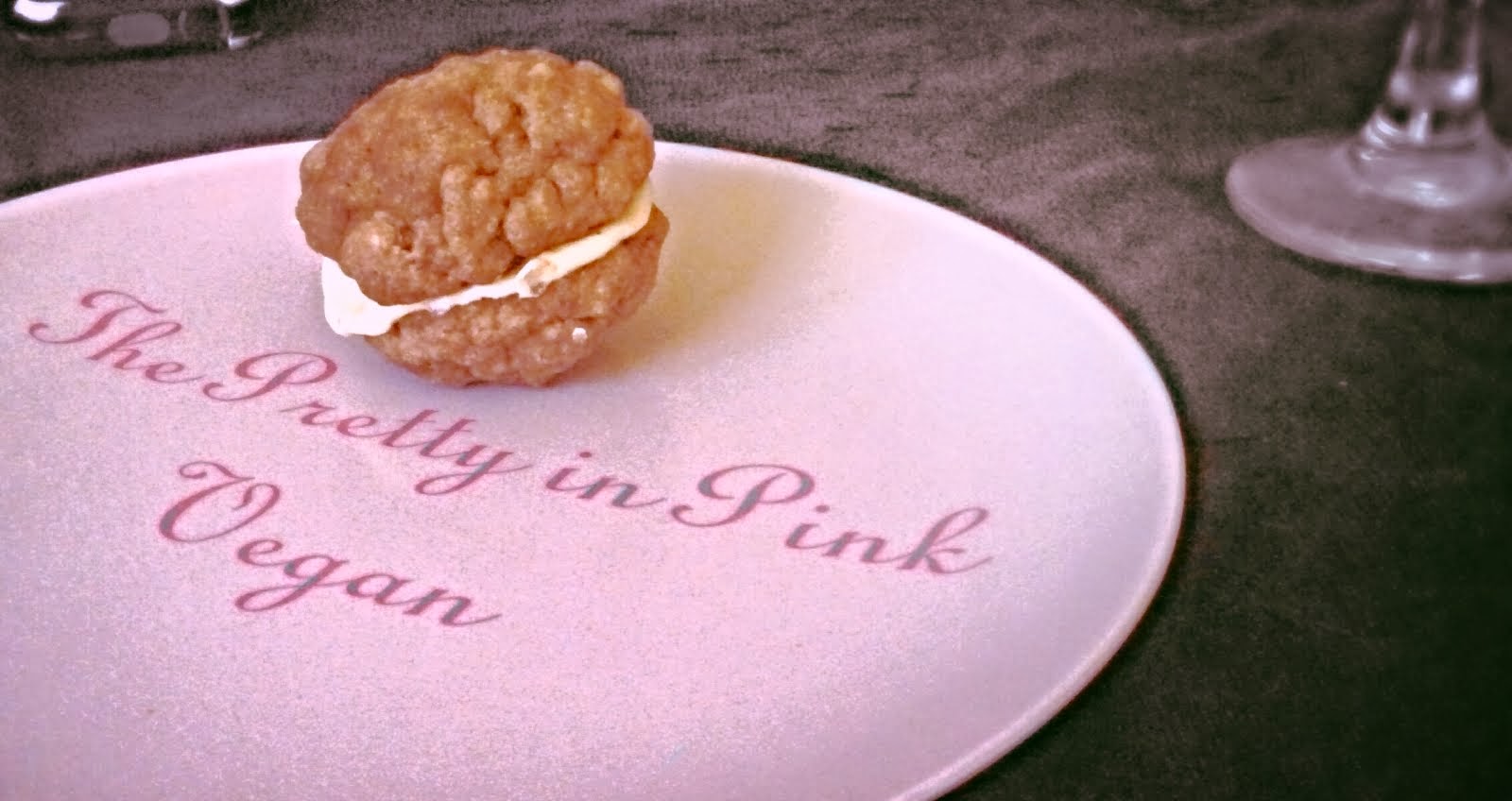 Thanksgiving morning rolled around and I was ready to get the food train moving. I tried to sleep past 7am but its just not in me and Mama Crunk was already in the kitchen, so it was time cook. Bianca peeked her head into the room a short time later so it was time to get to work but not before breakfast. Rule number one: Never cook on an empty stomach.

Mama Crunk made bacon two ways and bagels. The meaty kind for her and Papa Crunk and Smart Life bacon for Bianca and I. I'm an juice in the am type girl as well as a 80's baby so I had to have my orange juice in a Carebear's glass! I tried to tried to trade Bianca my 80's Garfield glass for her Carebear one but she was having no part of that. Oh well. Shortly after breakfast Sheridan stopped by with her zucchini bread. Paul talked about this bread on the drive to Jonesboro, so I knew I had to try it. It was awesome. Super soft, sweet with just the right amount of cinnamon. I now know why Paul raved about this bread. Even Papa Crunk raved about it.

The first dish Bianca tackled was a Pecan Pie from Pies and Tarts with Hearts. I left Bianca to crust duty because I'm still not over my potluck disaster from last weekend. So instead, after the crust was made I rolled the dough out and made the leaves. I was sure I couldn't screw that part up. Mama Crunk also has a Ninja Blender so we used it instead of the food processor. Who passes up  a chance to use a Ninja?! Not this girl! This appliance is on my wishlist.

After watching the Macy's Thanksgiving Day Parade it was time to tackle the unturkey. This is my first vegan Thanksgiving and first Thanksgiving in a few years so I wanted a replica turkey. Some agree with it some may not but I wanted it so I ordered one. I didn't have to search far because Imagine Vegan Cafe held a presale for them and I was first on the list. The unturkey came with all the fixins, stuffing and gravy. This unturkey was for lack of a better word was weird. It looked just like a turkey and even had a cavity for the stuffing. Bianca loved  announcing this to everyone, she told everyone to look at its butt. So when it was time to stuff it she was ready and we giggled the whole time. The stuffing was quick and easy. The directions said to boil 4 cups of waters with 4 tablespoons of olive oil then add the breadcrumbs, remove from heat and stir. It tasted great as is but it was missing that kick so i added a little cayenne pepper. I asked Paul, the spice king, taste it and it passed. He continued to eat it so I told him to just get a cup of it. That made him a happy camper. Now the gravy on the other hand needed a little TLC and when I say a little I mean a lot. I whipped out the sage, crushed red pepper, onion, cilantro, oregano and of course cornstarch because this gravy was like water. Once I doctored it up and got it to a thickness that made me happy the color was still too light. Soy sauce to the rescue! Soy sauce fixes everything plus it added just the right amount of salt.

Every holiday Mama Crunk makes double of the traditional side dishes. One the old fashioned way and a vegan version. There a was hashbrown casserole and dressing,all of these recipes are in Cooking Crunk. Plus there was cranberry sauce, carrots with dill, green beans, sweet potatoes with cilantro and coconut milk, rolls, an Asian pear salad and a Dump Cake! Mama Crunk out did herself.

Now back to the unturkey. No one could get over the fact that it looked like a real turkey. It even looked like a turkey when we carved it. Scary. It was fiberous,  juicey and the "skin" was kinda chewy. Again no turkey was harmed. Vegan essentials created it using wheat gluten and soy isolate as well as spices. Next year if i opt for this as a main dish i'll have to use a favor injector because it did lack a bit of flavor. Other than that it was perfect for my first vegan Thanksgiving.

After dinner we gathered around the tv to watch Too Cute Cats that Papa Crunk DVRed. Yes, we watched cat videos, what else do you do after Thanksgiving dinner? It was getting late so we had gathered our leftovers and hit the road for home. This Thanksgiving I am thankful for Bianca and her parents opening their home & kitchen to me and making my first vegan thanksgiving great 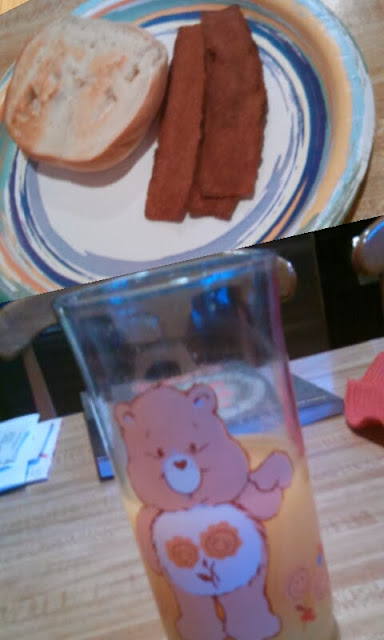 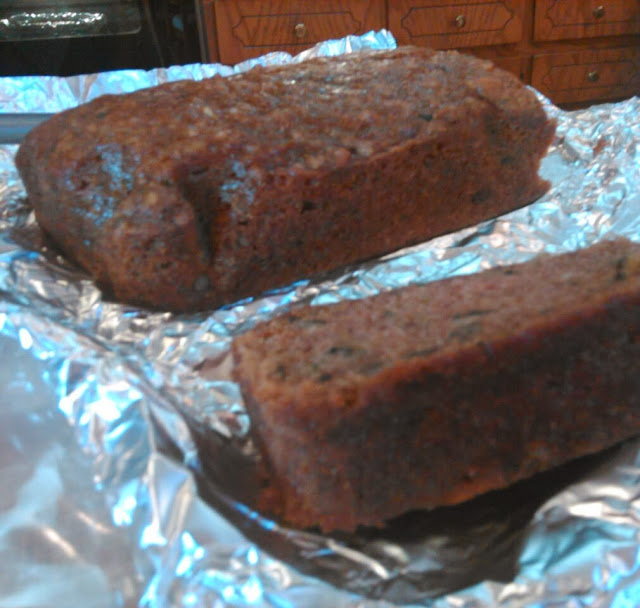 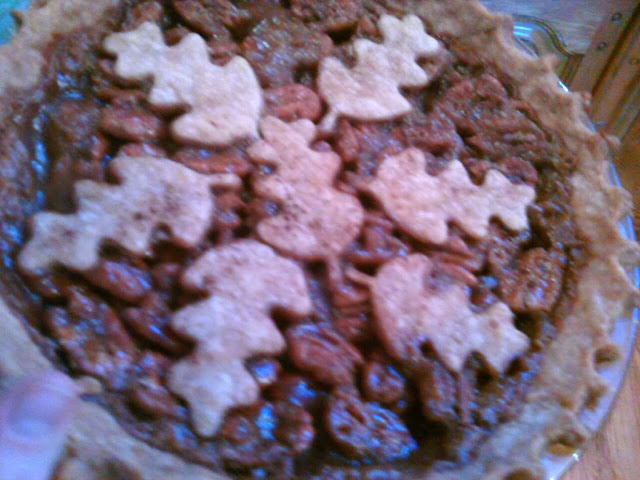 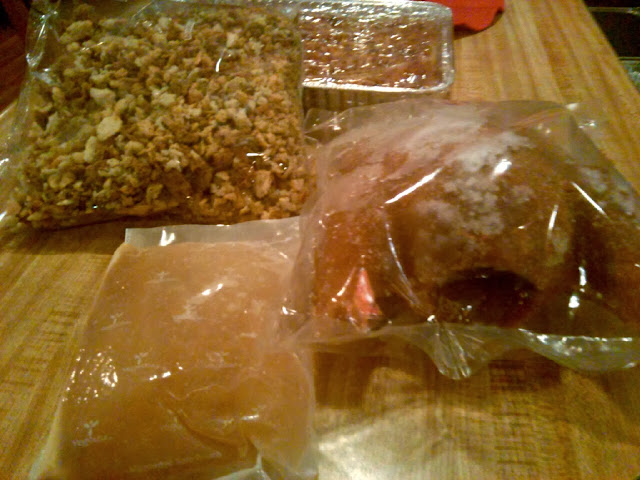 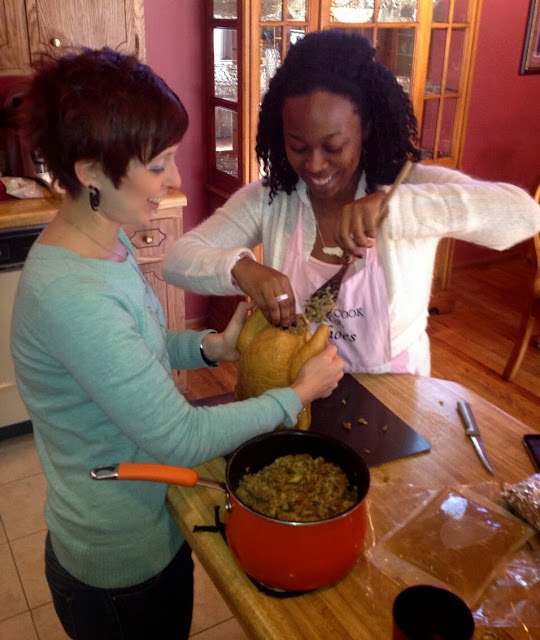 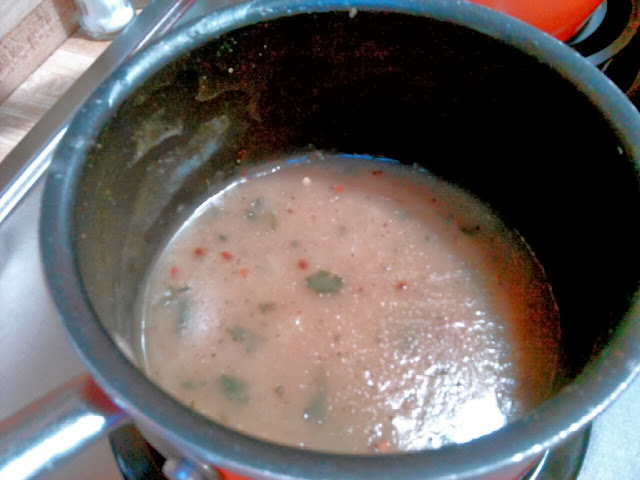 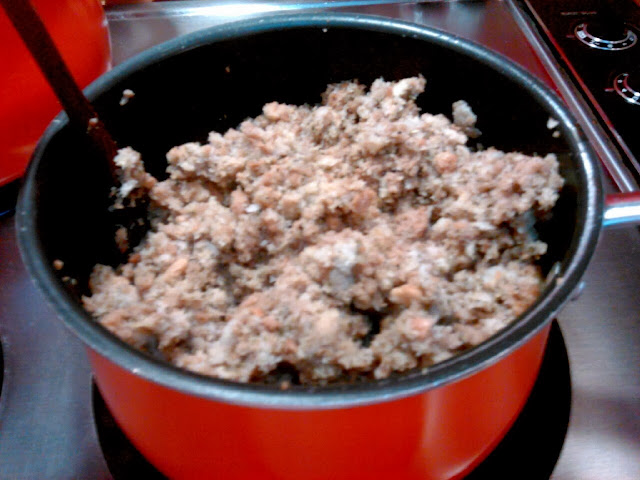 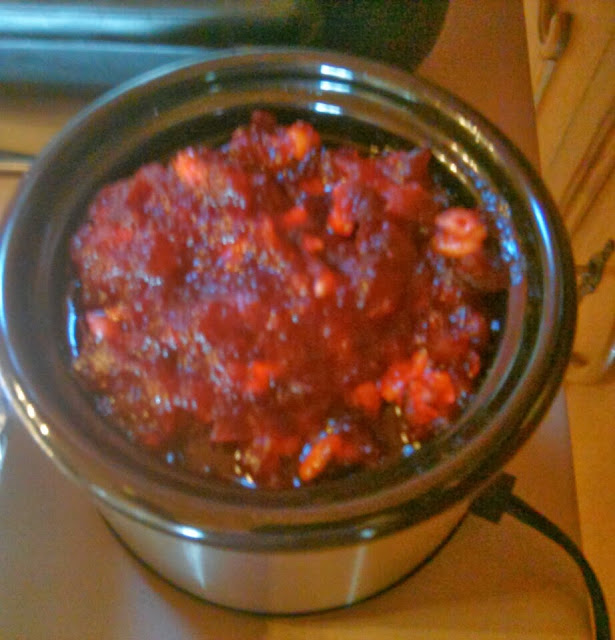 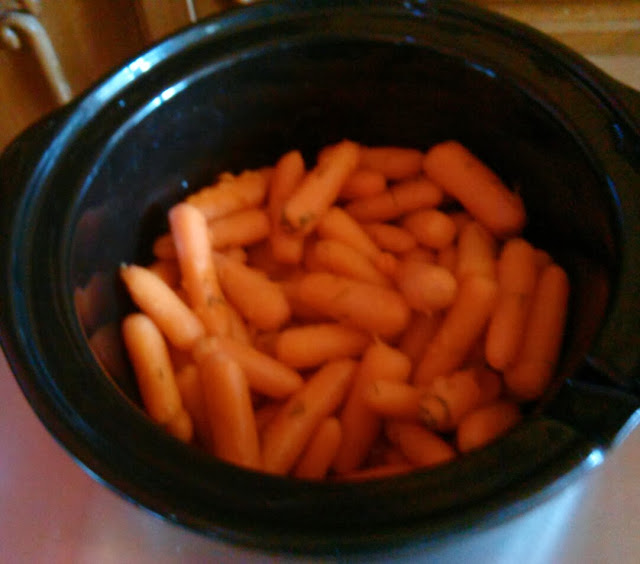 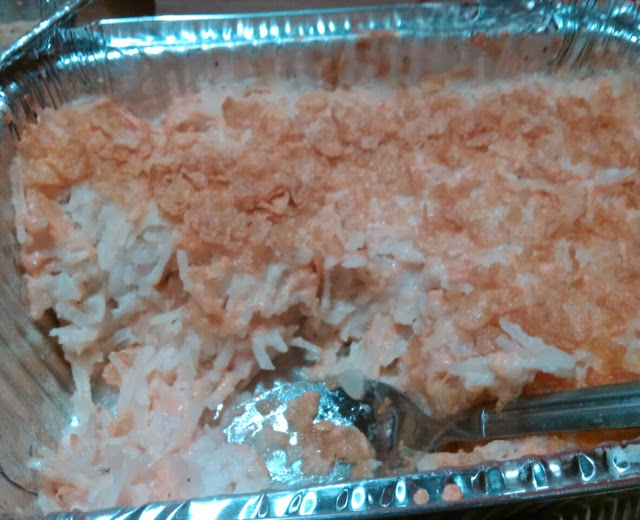 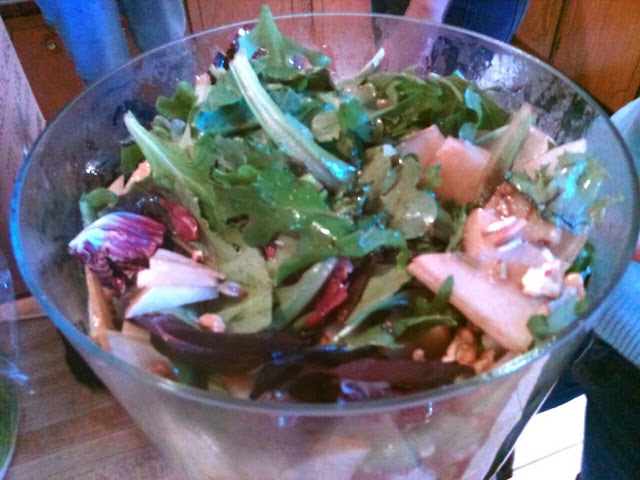 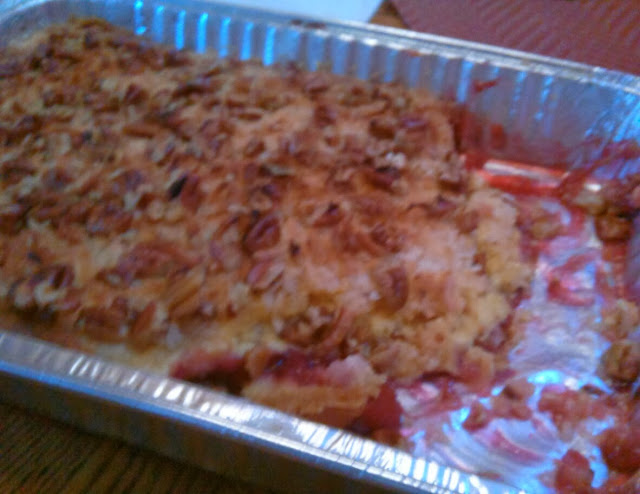 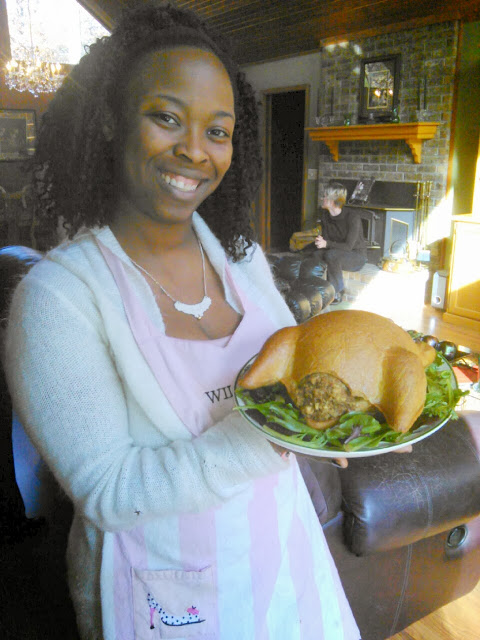 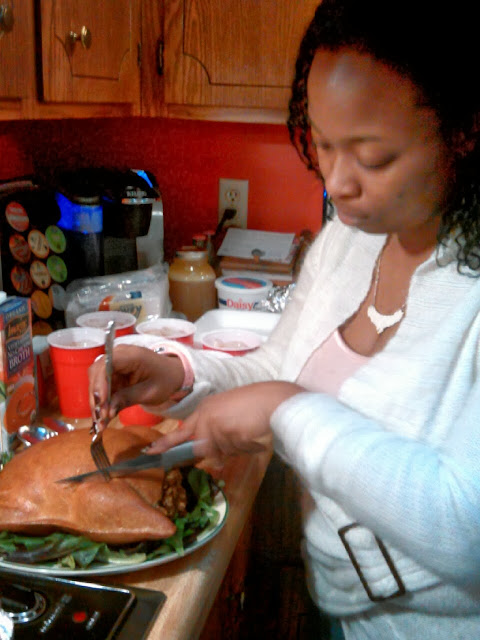 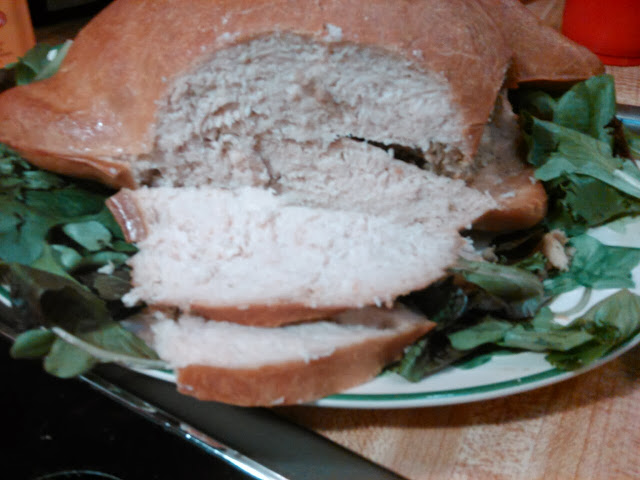 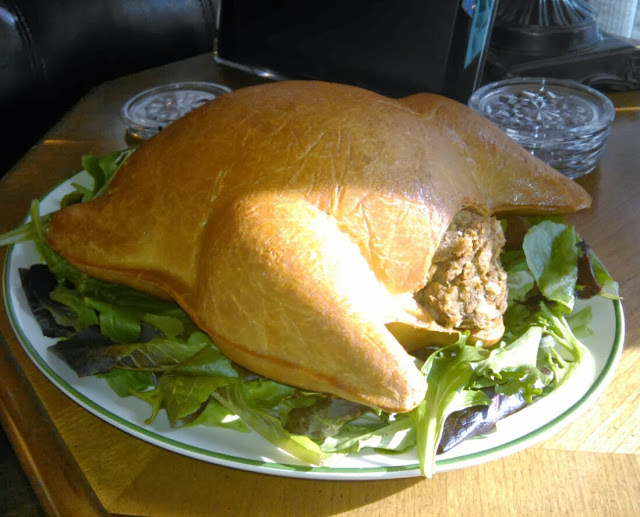 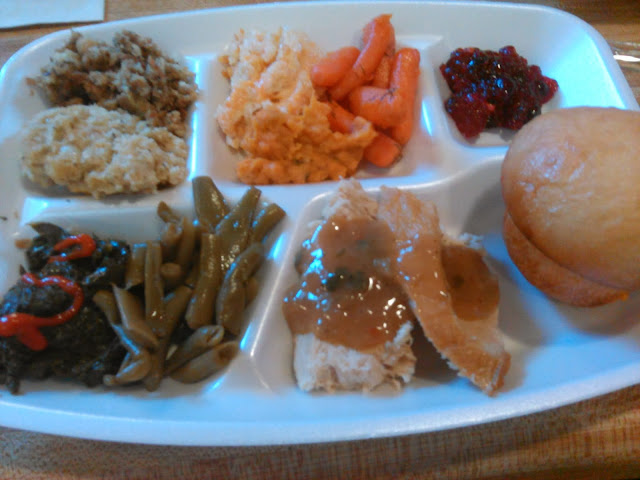 Posted by Cassi Conyers at 7:11 PM

Stay Up To Date